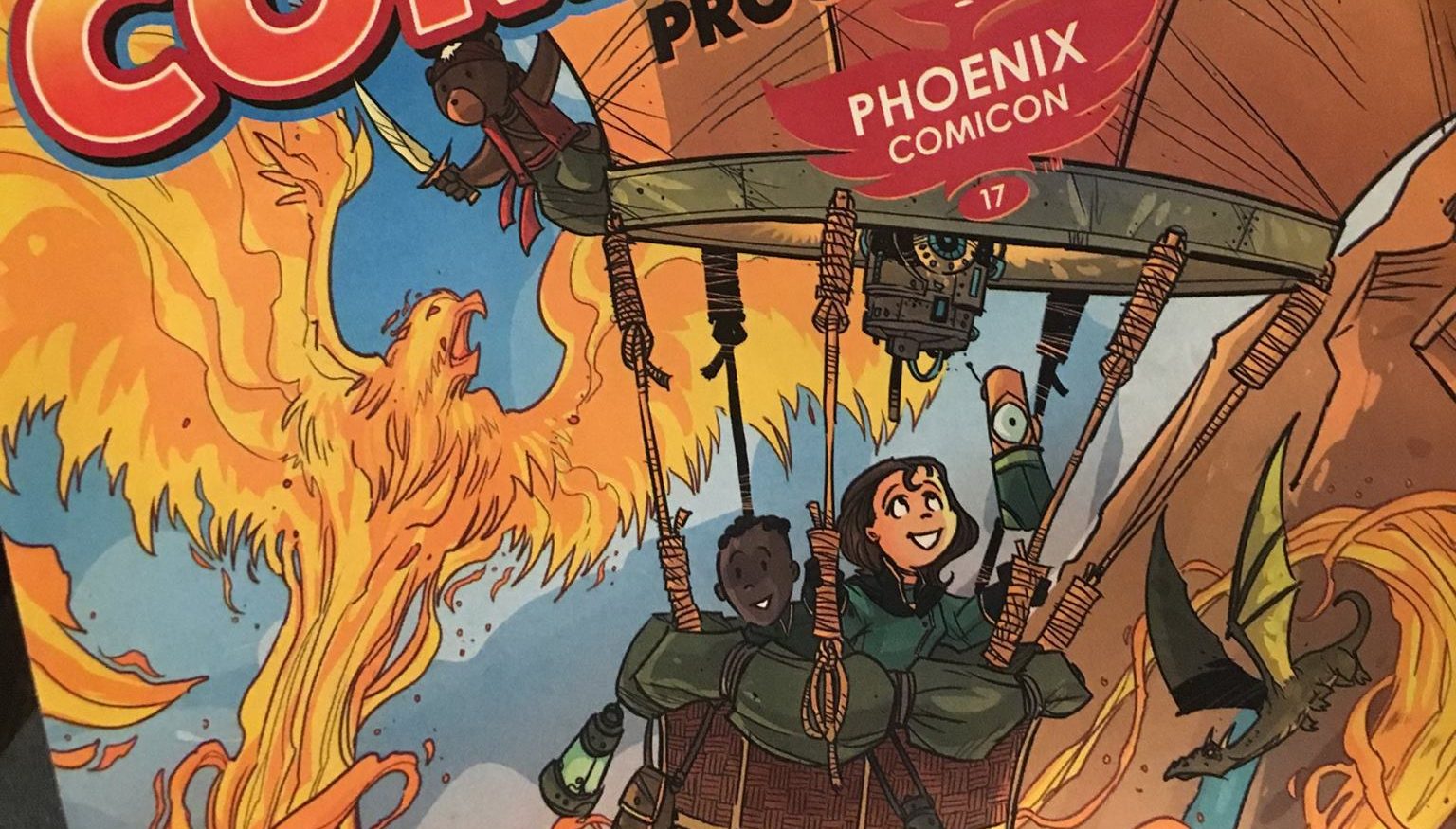 Over Memorial Day weekend, Alex and I did something we had never done before. We went to Comicon!

I think the two of us would have considered it regardless, but we were motivated to go when I was invited to participate on some of the science panels. Earlier in the spring I had received an email outlining the potential panels/topics, inviting graduate students and faculty in my department to ‘sign up’ for a panel they had some expertise for. I was later assigned to the Women in Science and the Science of Nikola Tesla panel (how fitting for this blog!). I was very excited about the women in science panel, anxious to talk about my experiences as well as those of my fellow female scientists. For the Tesla panel, I was a bit apprehensive, because I couldn’t just talk about my own perspective – I had to actually know stuff about Tesla! While it’s certainly possible that I know more about the physicist than your average Joe, I’m sure there are many other people who know more than I do.

Overall I had quite a good experience being a panelist. I got admission to the event all weekend for free, for one thing! The women in science panel went very well. My favorite question we were asked was “When did you know you wanted to be a scientist?” Up until the moment I heard the question I hadn’t fully understood my own path to where I am today. For those of you who are curious; My interests, like most others’, have evolved over time. When I was really young I wanted to be a ballerina! As I realized that my strengths lie in my critical thinking skills rather than my flexibility I considered another option – A teacher! Then, because science was cool – a science teacher. [I’d like to take a moment to point out that even when I realized I wanted to do science, my first thought was that I would teach science not do it myself, this probably had less to do with my desire to teach and more with the fact that it was one of the few career paths I knew was available to me as a young girl.] It wasn’t until about 5th grade, when I did a report on Isaac Newton (because even then I loved physics), that I no longer thought I had to be a teacher. After seeing my enthusiasm as I performed an experiment as part of my report presentation, my teacher commented “You would make a very good scientist.” That was the first time I actually imagined myself as a scientist, a person that does science. Over the next 10 years through exposure to various sciences, my scientific interests evolved from meteorologist (weather), to planetary meteorologist (weather on other planets?), to physicist, to astronomer, to computational astrophysicist. Now I’m here!

The Tesla panel also went well, though not as well as the other. We had a full house at the start of the panel, which I think surprised all of the panelists. We did a really short introduction to Tesla but then hoped to rely on audience questions to fill up the rest of the time. This only sort of worked… and while we could make informed guesses, we didn’t have answers to many of the questions we were asked. I was also very aware of the fact that I was a young woman panelist, taking questions from a majority of older white men – who I felt probably knew more than I did about the subject I was supposed to have the expertise in. What really made my day though, was at the end of the panel. I was approached by an audience member before I had gathered my things to leave. His introduction started with “So – you were on the women in science panel yesterday, right? You’re the computational astrophysicist? I had a few questions for you.” I was thrilled! He wanted my advice on what one would do to go from computer engineering to astrophysics. Aside from my 3 hours of volunteering as a panelist, the rest of the time I was left to simply enjoy the event and a lot of that was just wandering around. We realized that the room we had thought was the exhibitor hall was actually a tiny version singled out for the meet and greets of various guests, the real exhibitor hall occupied the entire basement. The sheer size of it blew us away. Friday we attended a Harry Potter panel – Hogwarts, more like Snogwarts! This was amusingly irreverent, mostly discussing the interesting applications of magic that are not discussed within the series. Saturday we attended back to back panels from Copyright Law, to Dr. Horrible’s Sing-a-long Blog Sing-a-long, to Star Wars family feud. Alex and I finished off the night with yet another Harry Potter panel – Is that a wand in your pocket? The panel was unapologetically raunchy and consisted of a competition between the audience (we were sorted by house of course) where you needed to read excerpts from the Harry Potter books as seductively as possible while replacing the word wand with other euphemisms for male genitalia. Some of those passages made you really wonder if it was written that way on purpose…

Much time was spent admiring the booths within the exhibition hall and our mission for the last day was to conclude what items we wanted to purchase. I’m rather fond of the Eevee evolution shirt and Stromtrooper earrings I brought home.

All in all, going to Comicon was certainly an unusual but fun experience – definitely would do it again.

6 thoughts on “Embrace your Inner Geek”