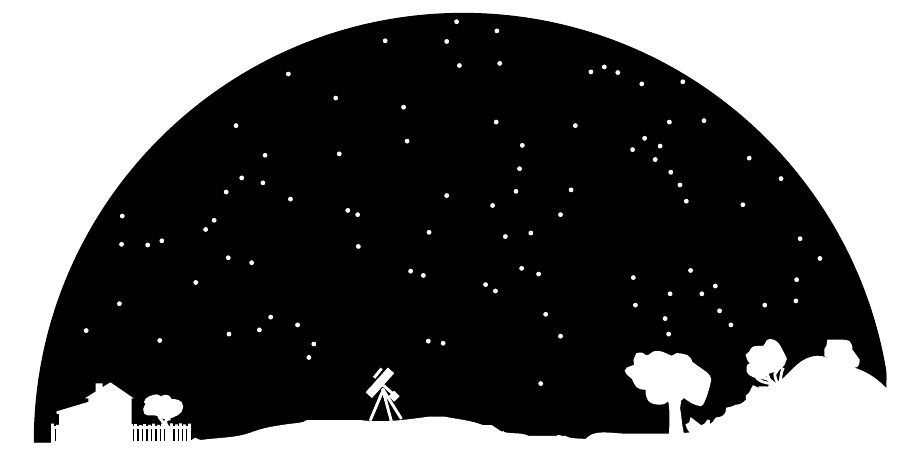 Why is the night sky dark? At first this seems like a silly question. Well, it’s dark because its night-time, there’s no Sun! But is it really that simple? This is a common way to begin a cosmology course. Thinking through what makes the night sky dark can really get you thinking about the universe as a whole.

The person who is credited with first presenting this oddity is the German astronomer Heinrich Wilhelm Olber. Therefore, the issue, or paradox you may say, of the the dark night sky is called Olber’s paradox.

Let’s think about it,

Assume the Universe is infinite and full of stars. One first approach might be, “Well it’s dark because there’s not enough stars shine enough light!” Physically, we would say the number of density of stars is too low. However, if the universe is infinite you could look as far as you need to finally reach a star regardless of the density of stars. They could be closely packed together and you wouldn’t need to look very far. Or, they could be very spread apart and you’d have to see very far away to see the next one. Even so, you’d still see it. This means that if you look in any direction, your line of sight will, eventually, hit a star. Conversely, every line of sight – or every direction – should be filled with the light from distant stars. The entire sky the same brightness as a star. So, the number of stars doesn’t matter.

There are other approaches to explaining how the light from all of those stars might not reach us; dust, other stars in the way, light ‘getting tired’, but ultimately they all are unphysical or unrealistic. So, why is the sky dark?

What limits how much light gets to you? Certainly whether or not something is in front of it… But let’s think on larger scales. How fast does light travel? If light travels at a certain speed, which we know it does, then it takes a certain amount of time for light to get to you. What if not enough time has passed for light to get you?

If we image a universe with stars spaced so widely apart that it takes a very long time for light to get from one star to another, we could envision a universe where light from the star on one edge of the universe hasn’t yet reached the star on the other side. This makes you feel better, right? We can’t see the light from the most distant galaxies because it hasn’t reached us yet. However there is an issue with this hypothetical universe.

There are two key points for this universe. One, is it’s size. The universe is huge, it needs to be big enough that the objects that shine light are far enough from each other that we may not immediately see the light from distant objects. The second is the amount of time that has passed. If the universe is ‘infinite’, time doesn’t matter. The universe has always existed and light has as much time as it needs to go from one part of the universe to another. In our universe of dark skies, this can’t be true. There has to be a finite amount of time that has passed, and it is not enough for all the light in the universe to travel from one location to another. The universe has an age. More importantly,

The universe had a beginning.

At the very least a time at which all the stars “turned on”.

The very simple observation of the night sky has great implications for the history of the universe.