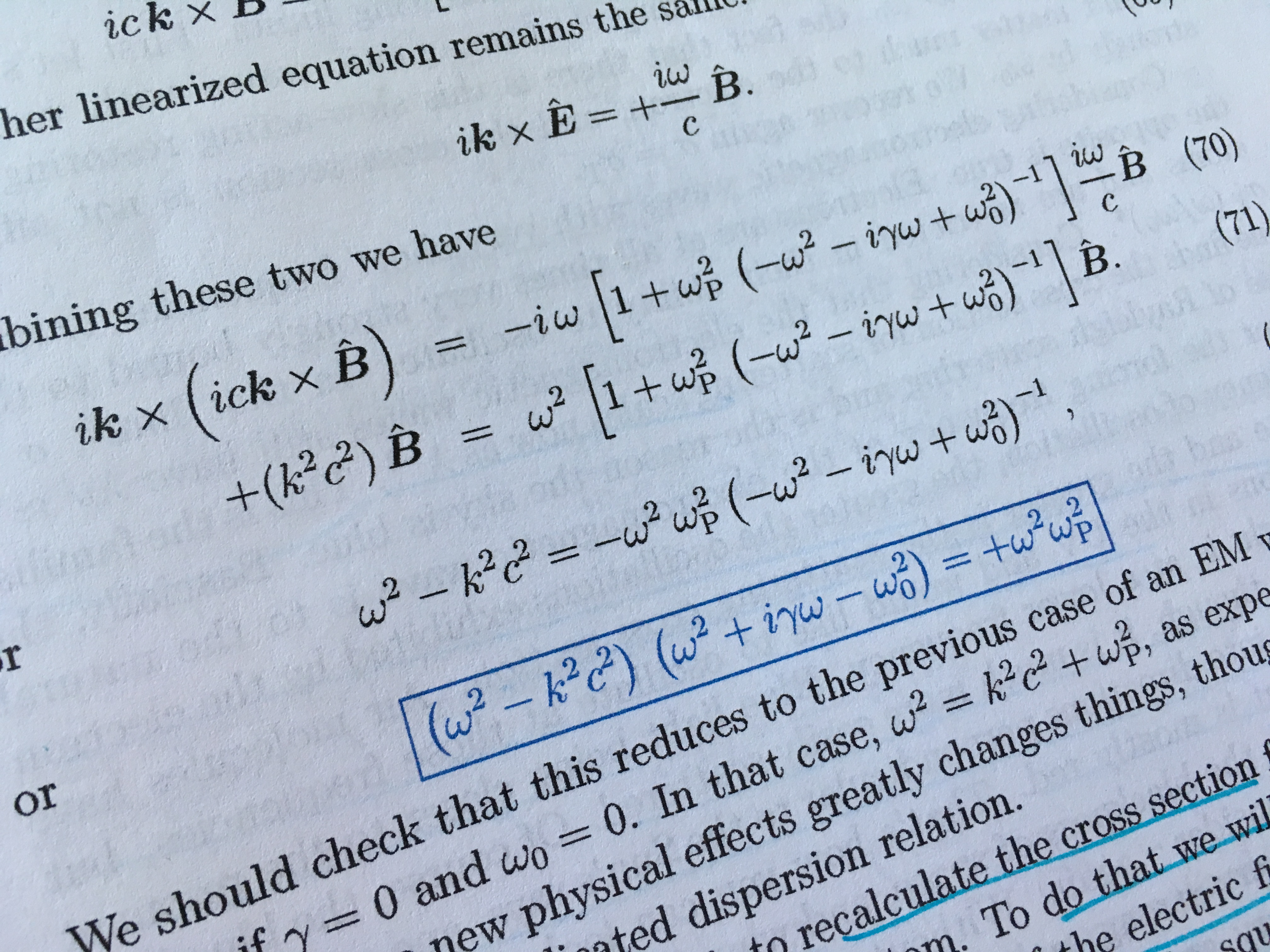 Hooray! I’ve made it through my first week of classes! It’s been a fun experience and there will definitely be some things to get used to. Classes in grad school, surprisingly, feel quite different than undergraduate classes. First of all, your credit load is about half that of the average load for an undergrad. Only half?! you say. Yes. Only half, this is for two reasons that I’ve found;

In general, classes have an emphasis on being relevant to your own interests. At this point, you have finished up all the ‘general ed’ classes as well as all ‘overviews’ of the various subjects in your science [For example in physics; you know Kinematics (how things move), Electromagnetism (electricity, magnets, and light waves), and Thermodynamics (measuring energy and energy transfer)]. This means that your classes are either delving deep into the heart of the science you must know of your particular interests, or that they are flexible with opportunities to find course work relevant to yourself. In my astrophysics seminar, where we read various journal articles to learn more about current work that is being done, the class will be arranged in such a way to give the students opportunities to practice presentations as well as find papers that are specific to their own interests.

As alluded to above, I am one of the lucky students who are teaching assistants this semester. I am TA-ing an introduction to astronomy course. It should be great because from where I’m from its very difficult to depend on clear skies. However in the middle of the desert, they are a pretty standard thing. This means that astronomy labs are held at night and often involve going out to observe with telescopes!

Being a teaching assistant involves several different components. Some of these are managerial; like responding to emails and overseeing the class website. These take a surprisingly large amount of time between all the uploading and organizing of files.  Along with this, there is a lab meeting. This is when the supervising instructor and TA’s get together to go over the details for the coming week. This week the lab covers a review of the various math skills needed throughout the course. Since this requires less preparation than usual, we also covered the next labs; impact craters and introduction to the night sky.

Now the most critical aspect: Actually conducting labs! There are about 15 different sections, each TA gets 3 sections. On given night 4 different labs are being conducted. I started my labs with an activity to get them talking about comfortable with each other. Tell your neighbor:

I enjoyed hearing some of the responses; a few students debated what would be the worst animal to be? Another remarked I misspelled ‘and’ in between waffles/pancakes. I then gave a short introduction to the ket points I wanted to make clear throughout the lab; for instance, how to convert degrees to arcminutes and arcseconds. [This is surprisingly confusing even for an astronomer] For the rest of lab my job consisted of wandering around and helping out students on various problems. I found that my experience as a math tutor was essential. The most effective way to help my students was to rephrase problems and work them from different angles. I was happy to have learned this skill as a math tutor. I got a few compliments of being an excellent TA. I hope those positive reviews continue throughout the semester, it will at least be a great experience! The one drawback is that these labs go into the night such that I get home between 11:00pm and midnight, three nights a week. This type of routine will take some getting used to!

My last responsibility is my research. At the present time, I’ve got many other things to be keeping track of so my research progress is quite slow. This is alright, and I’m not alone in it. I’m still working on getting familiar with the code to run simulations on the super computer. Now that I can run test problems I’m working on writing some of my own! There is another first year grad student who works in my office with the same advisor. We realized that we were learning the same things so decided to combine our meeting times with the professor.

So far it’s worked well, and it’s been great to have someone to ‘compare notes’ with. I also learned how to screen share with the computer I have on campus. This means, technically, I could work from anywhere! The large screen I have in my office is a real benefit though, so I’m not unsure how often I will take advantage of that.

And with that, here are some pictures! 6 thoughts on “The First Week!”