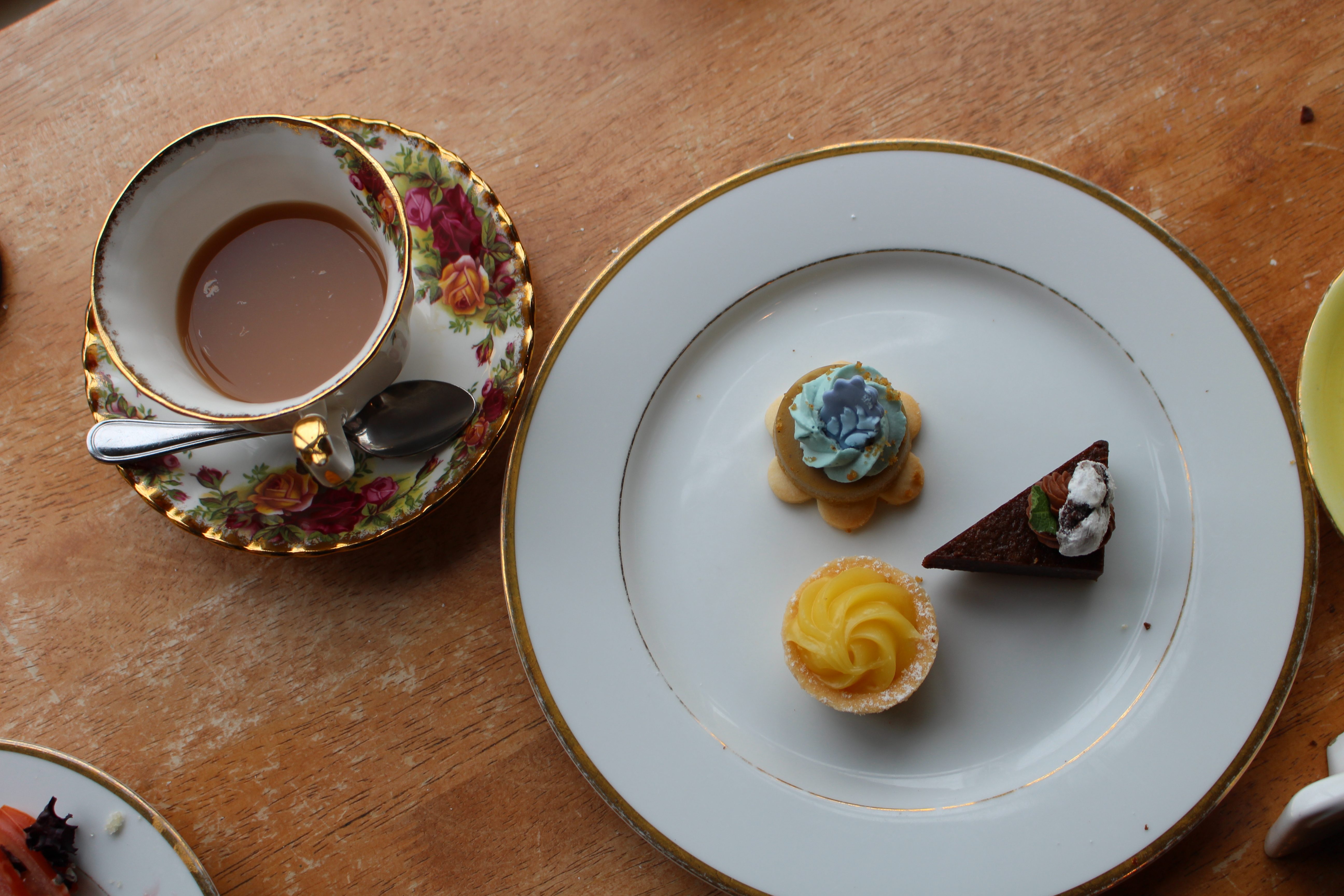 Have you ever been to a afternoon tea service? If not, you should next time you have the opportunity. It’s very fun to be surrounded by the creative tea sandwiches, sweet scones and delectable tiny desserts all served on delicate china with exceptionally clean linens. It’s an environment that fosters quiet intimate conversations and other gentle, perhaps even lady-like, interactions. There is a tea room in Vancouver, BC that puts on a wonderful high tea service. My mother and I liked it so much we made it a tradition to go up to tea once a quarter throughout my undergraduate career. On these outings we would discuss a whole world of things from my summer plans, my day to day routine, to what exciting new things I was learning as I progressed through my physics degree. I found explaining these complicated concepts to describe the physics world in a setting of delicately painted china an intriguing juxtaposition. I was converting the nitty-gritty details of multi-variable calculus from my classroom to tangible, conclusion-focused explanations. I transitioned from the wild and enthusiastic gesturing of my professors to a gentle conversation held in a tea house. I did so to allow my mother to share in the awe of the new knowledge I had gained.

Nikola Tesla (1856-1943) was an electrical engineer and physicist. His best known contribution to science was the development of the alternating current power supply, something that is still very relevant today. He was a very hard worker and dedicated to his work. He was never married and once claimed that his chastity was very helpful to his scientific abilities. However, through his showmanship, he has earned the reputation of “mad scientist” in popular culture. He would show off his electrical inventions at World Fairs, demonstrating the power of electricity, playing up the dramatic effect and creating a sense of wonder and astonishment about science as through it was magic. With his invention of the Tesla coil – a transformer that produces high-voltage electricity that is known for ionizing the air around it so that the air itself conducts electricity – how could he not?

Now, imagine Nikola Tesla sitting across from you at afternoon tea, explaining how his inventions work. Would there be flourishes and dramatic pauses? Wild gestures and enthusiastic emphasis? Probably. Yet, sitting there at tea, he wouldn’t show you the intricate math or the detailed diagrams. He would find a way to instill that sense of wonder and appreciation for science while maintaining a conversation fit for tea. Tangible, relatable, yet still intriguing.

That is my goal here. Communicate science in a way fit for tea, yet with the dramatic flare of Nikola Tesla. Granted, I may not be as successful as the “mad scientist” himself and the conversation may return to personal day to day topics from time to time. However,  as you follow the progress of this blog, I’d like you to imagine you are sitting down to Tea With Tesla.